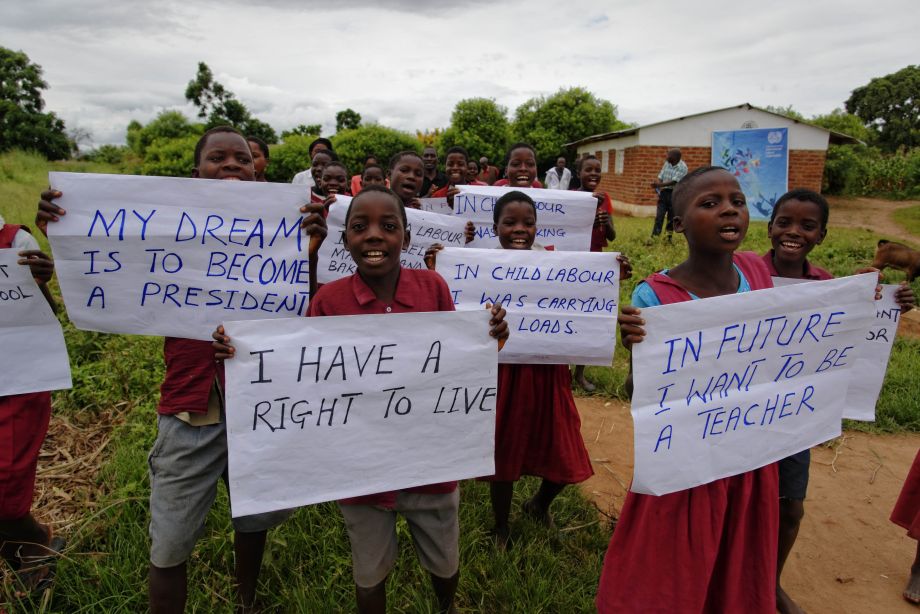 To mark World Day Against Child Labour, the ILO publishes a report outlining the abuses suffered by millions of children working in family homes. An estimated 10.5 million children worldwide – most of them under age – are working as domestic workers in people’s homes, in hazardous and sometimes slavery-like conditions, says the ILO.

Six and a half million of these child labourers are aged between five and 14 years-old. More than 71 per cent are girls.

According to the latest figures in a new ILO report, Ending Child labour in domestic work, they work in the homes of a third party or employer, carrying out tasks such as cleaning, ironing, cooking, gardening, collecting water, looking after other children and caring for the elderly.

Vulnerable to physical, psychological and sexual violence and abusive working conditions, they are often isolated from their families, hidden from the public eye and become highly dependent on their employers. Many might end up being commercially sexually exploited.

“The situation of many child domestic workers not only constitutes a serious violation of child rights, but remains an obstacle to the achievement of many national and international development objectives,” said Constance Thomas, Director of the ILO’s International Programme on the Elimination of Child Labour (IPEC).

The report, launched to mark World Day Against Child Labour, calls for concerted and joint action at national and international levels to eliminate child labour in domestic work.

“We need a robust legal framework to clearly identify, prevent and eliminate child labour in domestic work, and to provide decent working conditions to adolescents when they can legally work,” Thomas stressed.

It is estimated that an additional 5 million children, who are above the minimum legal age of work in their countries, are involved in paid or unpaid domestic work globally.

Child domestic work is not recognized as a form of child labour in many countries because of the blurred relationship with the employing family, the report says. The child is “working, but is not considered as a worker and although the child lives in a family setting, she or he is not treated like a family member.”

This familial and legal “care vacuum” disguises an “exploitative arrangement”, often characterized by long working hours, lack of personal freedom and sometimes hazardous working conditions. The hidden nature of their situation makes them difficult to protect.

The report calls for improved data collection and statistical tools so that the true extent of the problem can be ascertained. It also presses for governments to ratify and implement ILO Convention 138, concerning the minimum age for admission to employment and ILO Convention 182, on the worst forms of child labour.

However, it stresses that domestic work is an important source of employment, especially for millions of women. This has been recognized in the landmark ILO Convention 189 concerning decent work for domestic workers which, the report says, should also be promoted as part of the strategy to eliminate child labour in domestic work.

“Domestic workers of all ages are increasingly performing a vital task in many economies. We need to ensure a new respect for their rights and to empower domestic workers and their representative organisations. An essential aspect of this new approach involves tackling child labour.” said Thomas.