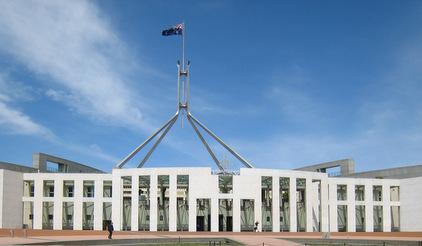 Canberra is being recognized by the UNISDR Campaign for its exceptional organizational capacity in preparing for, and responding to, natural hazards, such as floods, severe storms and bushfires.

Mr. Corbell said: “Experience has taught us how vital building resilience against a wide range of natural hazards in a disaster-prone area like Canberra is.”

He added: “I am proud that the United Nations has selected the Australian Capital Territory as a Role Model for this world wide campaign.”

Canberra acted on the lessons learned from the bushfires of January 2003 to invest more in resilience and emergency services.

The Making Cities Resilient campaign aims to raise awareness about the benefits of reducing urban risk, and encourages governments to invest in disaster risk reduction activities and build more resilient infrastructure within cities. Almost 1,500 towns and cities from around the world participate in the Campaign and there are 30 Role Model cities.

Ms. Wahlstrom also thanked the government of Australia for hosting a very constructive two-day workshop which provided practical guidance on how to use disaster risk information.

“Risk information is key to making informed decisions on planning and investment priorities. The Canberra workshop has been very useful and will provide important elements to the post-2015 Framework for Disaster Risk Reduction (HFA2) which is currently under discussion,” said Ms Wahlstrom.

Global consultations conducted by UNISDR on the Hyogo Framework for Action (HFA) through 2012 highlighted a wide demand for access to reliable and useable risk information. The Canberra Workshop reviewed examples of how data, information and knowledge are being used as a basis for sound risk reduction decisions and recommended that HFA2 makes use of risk information a priority.