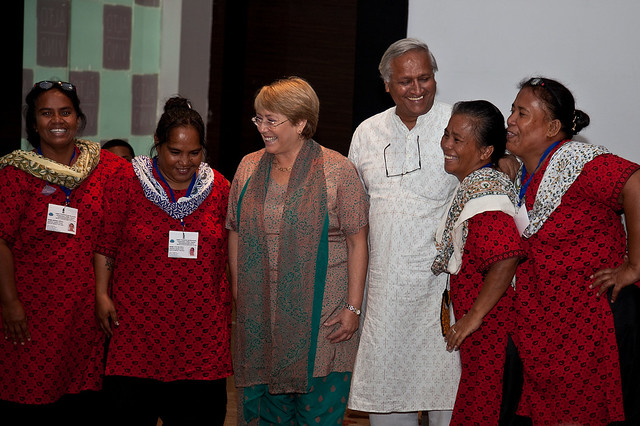 “The primary objective of Joint Presences is to improve the effectiveness of the UN in countries, with country level implementation, monitoring and reporting of the agencies’ programme areas strengthened in line with the UNDAF” said Ms Sagynbaeva.

The UN has Joint Presence offices in eight Pacific Island countries. In each of the eight countries, one of the four agencies hosts the office. In Nauru, UN Women hosts the office and plans are underway to recruit a local staff member to join the office in 2014.

During the two day visit, Ms. Sagynbaeva and Ms. Fujii will be meeting President Baron Waqa, Minister for Home Affairs, Charmaine Scotty, and Ag/Secretary for Foreign Affairs & Trade, Michael Aroi, and other government and civil society representatives. Discussions will center around ongoing UN support to Nauru and future collaboration.