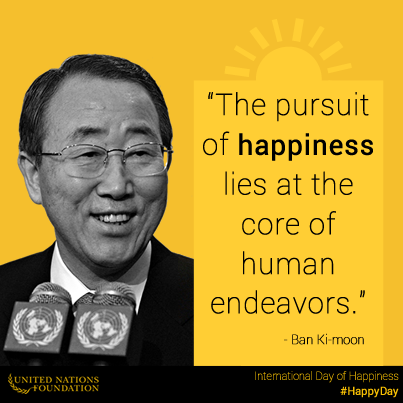 The General Assembly of the United Nations proclaimed 20 March the International Day of Happiness in 2012, recognizing the relevance of happiness and well-being as universal goals and aspirations in the lives of human beings around the world and the importance of their recognition in public policy objectives.

Join Pharrell Williams and the United Nations Foundation in their 24 hours of happiness project by uploading your instagram photos and youtube videos at 24hoursofhappiness.com.

UNDP has released a video that was filmed in the Philippines after Typhoon Haiyan.