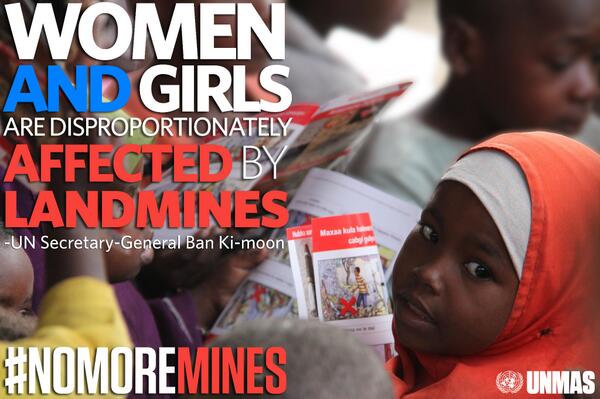 On 8 December 2005, the General Assembly declared that 4 April of each year shall be observed as the International Day for Mine Awareness and Assistance in Mine Action.

It called for continued efforts by States, with the assistance of the United Nations and relevant organizations, to foster the establishment and development of national mine-action capacities in countries where mines and explosive remnants of war constitute a serious threat to the safety, health and lives of the civilian population, or an impediment to social and economic development at the national and local levels.

Women in Mine Action 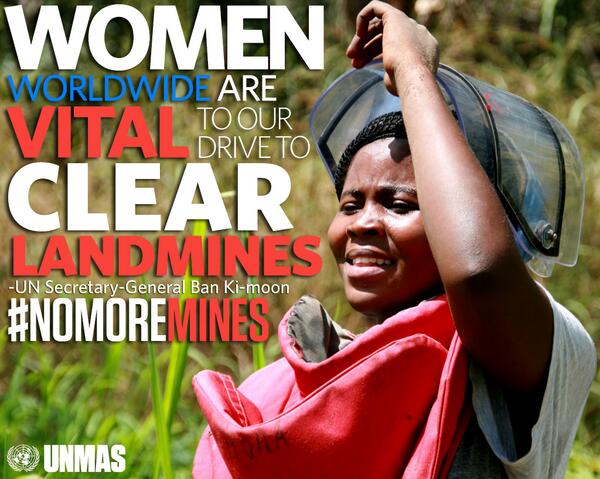 This year the 12 UN entities working on mine action are promoting the work of women in mine action. The efforts of women make mine action work more efficient and effective. Women must be empowered in all societies to be a part of important activities, including at all stages of mine action: from surveying mined areas, to deciding where to begin clearance, to conducting mine risk education and post-clearance development initiatives.

UNMAS collaborates with 11 other UN departments, agencies, programmes and funds to ensure an effective, proactive and coordinated response to the problems of landmines and explosive remnants of war, including cluster munitions.

The Stories of Douglas and Betty

Douglas Maketiwa protect us all. He is an explosives expert working in Mali. Douglas finds, gathers and destroys bombs left over from Mali’s recent civil war. These explosive are often made into new weapons that target innocent civilians and threaten communities. Join us in eradicating landmines, and in safely storing and destroying explosive remnants of war. UNMAS is grateful for Daniel Craig’s support in narrating this film by Marco Grob and helping to raise awareness about these issues.

Betty Augustino is a member of an all-female demining team in Yei, South Sudan. She works with a project run by Norwegian People’s Aid, supported by UNMAS. This film documents one day in the life of a deminer doing manual mine detection. The film by Marco Grob demonstrates the slow and painstaking process of finding one single mine. Join us in eradicating landmines, and in safely storing and destroying explosive remnants of war. UNMAS is grateful for Daniel Craig’s support in narrating this film and helping to raise awareness about these issues.