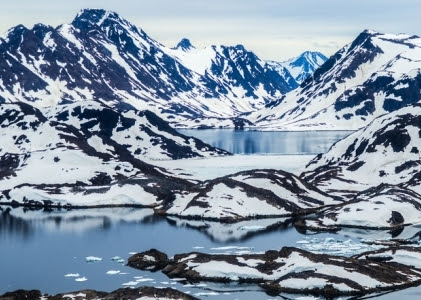 The Intergovernmental Panel on Climate Change (IPCC), the group of the world’s leading climate change scientists established by the UN General Assembly and working under the auspices of the United Nations Environment Programme (UNEP) and the World Meteorological Organization, has just released in Berlin, after 6 years of intensive work reviewing all available science, its 2014 assessment on measures to mitigate climate change.

Among its main findings is that the concentration of Green House Gasses (GHGs) – gasses which cause climate change – have grown more quickly during the last decade that in each of the previous three decades.

Scenarios show that to have a likely chance of limiting the increase in global mean temperature to two degrees Celsius, means lowering global greenhouse gas emissions by 40 to 70 per cent compared with 2010 by mid-century, and to near-zero by the end of this century.

The panel analyzed the causes for this increase in the main economic sectors: energy, transport, construction, and building, industry, land use, agriculture and forestry among others.

CO2 emissions from fossil fuel combustion and industrial processes contributed about 78 per cent of the total GHG emission increase from 1970 to 2010, with a similar percentage contribution for the period 2000–2010.

About half of cumulative anthropogenic CO2 emissions between 1750 and 2010 have occurred in 23 the last 40 years. Annual anthropogenic GHG emissions have increased between 2000 and 2010, with this increase arising directly from energy supply (47 per cent), industry (30 per cent), transport (11 per cent) and buildings (3 per cent). Accounting for indirect emissions raises the contributions of the buildings and industry sectors.

The panel analyzed different scenarios for stabilizing or reducing emissions in each of these sectors and made a number of recommendations to policy makers on this regard. It concluded that without additional efforts to reduce GHG emissions beyond those in place today, emissions growth is expected to persist, driven by growth in global population and economic activities.

Baseline scenarios, those without additional mitigation, result in global mean surface temperature increases in 2100 from 3.7 to 4.8°C compared to pre‐industrial levels (median values; the range is 2.5°C to 7.8°C when including climate uncertainty).

Achim Steiner, UN Under-Secretary-General and UNEP Executive Director, welcomed the assessment and said: “UNEP congratulates the IPCC for producing once again a masterpiece of assessment and advice on how to address climate change. Reading this last assessment, the urgent need for making further progress in greening our economies is clear. UNEP stands ready to continue providing advice and support to countries around the world on how to design and implement policies that will move us towards low-carbon economies and societies.”