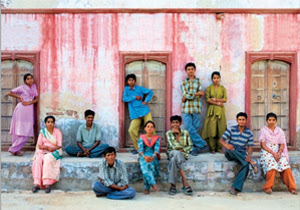 As the world population edged to 7 billion people in 2011 (up from 2.5 billion in 1950), it has had profound implications for development. A world of 7 billion is both a challenge and an opportunity with implications on sustainability, urbanization, access to health services and youth empowerment.

In 1989, in its decision 89/46, the Governing Council of the United Nations Development Programme recommended that, in order to focus attention on the urgency and importance of population issues in the context of overall development plans and programmes and the need to find solutions for these issues, 11 July should be observed by the international community as World Population Day.

Today’s 1.8 billion young people are shaping social and economic realities, challenging norms and values, and building the foundation of the world’s future. Yet too many young people continue to grapple with poverty, inequality and human rights violations that prevent them from reaching their personal and collective potential.

On 2014 World Population Day, we call for investments in support of the largest-ever generation of youth.

The UN has found that the world’s population is increasingly urban with more than half living in urban areas today and another 2.5 billion expected by 2050. With nearly 38 million people, Tokyo tops UN’s ranking of most populous cities followed by Delhi, Shanghai, Mexico City, São Paulo and Mumbai.