On Monday 23 June, the final preparations for the Third International Conference on Small Island Developing States (1-4 September, Samoa) will take place at UN Headquarters in New York with the start of the PrepCom (23-27 June) and other related events.  END_OF_DOCUMENT_TOKEN_TO_BE_REPLACED 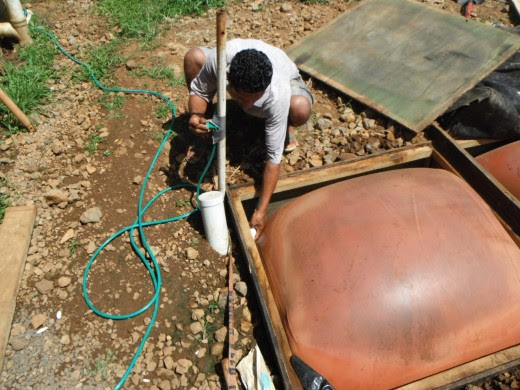 In Samoa, an innovative project idea is turning an environmental challenge into an energy asset. Samoa will turn the invasive Merremia vine, other invasive weeds and green agricultural waste into renewable energy in the form of clean biogas.  END_OF_DOCUMENT_TOKEN_TO_BE_REPLACED

You may know the world’s Small Island Developing States as prized destinations, places of outstanding natural beauty, vibrant culture and music appreciated around the globe. END_OF_DOCUMENT_TOKEN_TO_BE_REPLACED

The United Nations launched the International Year of Small Islands Developing States on the 24th of February, celebrating the economic, social and cultural contributions that this group of countries has made to the world, as well as raise awareness of the challenges they face such as climate change and rising sea levels. END_OF_DOCUMENT_TOKEN_TO_BE_REPLACED

Small Island Developing States will this week seek to plot a course to a safer and more resilient future as part of their preparations for a major conference next year. The Inter-regional preparatory meeting for the Third International Conference on Small Island Developing States (SIDS), which opened in Bridgetown, Barbados, brings together nations END_OF_DOCUMENT_TOKEN_TO_BE_REPLACED

In July 2013, 70 young people between the ages of 12 and 30 came together to discuss  the future of their small island homes. Representing 30 small island countries and territories in the Caribbean, Pacific and AIMS regions (Atlantic, Indian Ocean, Mediterranean and South China Sea), these young people presented their ideas on the development needs of Small END_OF_DOCUMENT_TOKEN_TO_BE_REPLACED

The Third International Conference on Small Island Developing States will be held from 1 to 4 September 2014 in Apia, Samoa, to be preceded by activities related to the conference from 28 to 30 August 2014, also in Apia, Samoa. It will focus the world’s attention on a group of countries that remain a special case for sustainable development in view of their unique and particular vulnerabilities.

The UNGA has decided that the Conference will seek to achieve the following objectives:

(a) Assess the progress to date and the remaining gaps in the implementation of the Barbados Programme of Action and the Mauritius Strategy, building on, inter alia, existing reports and relevant processes;

(b) Seek a renewed political commitment by all countries to address effectively the special needs and vulnerabilities of small island developing States by focusing on practical and pragmatic actions for the further implementation of the Barbados Programme of Action and the Mauritius Strategy, inter alia, through mobilization of resources and assistance for small island developing States;

(d) Identify priorities for the sustainable development of small island developing States for consideration, as appropriate, in the elaboration of the post-2015 United Nations development agenda;

The resolution calls for “a concise, focused, forward-looking and action-oriented political document.” The small island States have also expressed their desire to highlight successful partnerships and areas of innovation.

The global process will begin in early 2014, bringing together the full range of stakeholders, Member States, civil society, private sector representatives, and others. As these partners add their voices to those of the SIDS, the result will be a constructive and meaningful Conference advancing the cause of sustainable development in SIDS, strengthening partnerships, and contributing to the wider dialogue on a sustainable future for all.

About Small Island Developing States
Small Island developing States (SIDS) have their own peculiar vulnerabilities and characteristics, so that the difficulties they face in the pursuit of sustainable development are particularly severe and complex.

for instance, small size can actually be a blessing, and several SIDS, including the Maldives, Tuvalu and several Caribbean island states, are working to achieve “climate neutrality” through the use of renewable energy and other approaches. Another island territory, Tokelau, recently began producing 100% of its energy from solar sources. And as the vice-president of Seychelles remarked in the most recent General Assembly general debate, SIDS are ideal locations for pilot projects in renewable energy and other areas, which can then be rolled out in other countries on a larger scale. SIDS are also leading the way in ocean conservation efforts, and some of the largest Marine Protected Areas in the world are being established in the Pacific and incorporated into the Pacific Island Forum Oceanscape initiative.

As is the case for nations around the world, SIDS are making variable progress toward the Millennium Development Goals, which have 2015 as their projected endpoint. Notable gains have been made in some areas of health, education, and gender parity, while other goals continue to prove challenging for some SIDS. SIDS in all regions are actively involved in shaping the post-2015 development agenda.

The United Nations Department of Economic and Social Affairs (DESA) will work closely with Mr. Gyan Chandra Acharya, the UN High Representative for Least Developed Countries, Landlocked Developing Countries and SIDS (OHRLLS), as well as the partner organizations within and outside the UN system both through the EC ESA Plus and IACG on SIDS. In supporting the Conference, DESA will work with other UN departments, the regional commissions and the UN system as a whole, while mobilizing relevant intergovernmental organizations and major groups, to ensure that the Conference makes a concrete and meaningful contribution to the sustainable development of Small Island Developing States.

Preparations are under way for the 2014 Conference on Small Island Developing States in Apia, Samoa

To ensure that the voices of the Pacific are heard at the 2014 Conference on Small Island Developing States, representatives of Pacific Ocean small island developing States gathered in Nadi, Fiji from 10 to 12 July to determine common concerns, exchange experiences and lessons learned, and discuss regional perspectives and positions for the Conference.

Next year’s Conference, which will take place in Apia, Samoa, from 1 to 4 September 2014, provides an opportunity for the world to examine the unique circumstances that affect sustainable development in small island developing States, which have struggled to contend with challenges that range from the impacts of climate change to the escalating price of imported energy.

But, even as they seek to address these challenges, small island developing States have also become an incubator for solutions, becoming leaders in the use of renewable energy, in sustainable tourism and in strengthening resilience.

Representatives of Caribbean States are also holding preliminary consultations in Kingston, Jamaica, from 2 to 4 July. Conference Secretary-General Wu Hongbo said that a strong and constructive meeting in Kingston will “ensure that the Caribbean voice is heard loud and clear, throughout the preparatory process, leading to a successful global meeting in Apia next year”.  He added, “small island developing States have a long history of collaborating, learning from one another, shoring up and building on one another’s strengths”.  The islands, he said, had accomplished this while forging their own paths, maintaining their own cultural identity, and fostering individual innovation.

“We look forward to the outcomes of the Caribbean small island developing States preparatory meeting next week in Kingston, as it constitutes an important aspect of our overall preparedness for the third International Small Island Developing States Conference in Apia, Samoa next year,” said Jamaica’s Permanent Representative to the United Nations, E. Courtenay Rattray.  “We anticipate that the meeting will enable Caribbean small island developing States to continue the process of identifying gaps in the implementation of programmes and commitments geared towards addressing our countries’ vulnerabilities.”

The results of each of the island States’ regional meetings — for the Caribbean, Indian Ocean and Pacific Ocean — will be channelled to a ministerial-level meeting in Barbados at the end of August.  There, the small island developing States from the three regions will agree on common positions that will guide them during the global preparatory process for the Samoa Conference.

The meeting for the Indian Ocean States will meet in Victoria, Seychelles, from 17 to 19 July.  The Barbados ministerial-level meeting will take place from 26 to 28 August.