More people than ever rely on fisheries and aquaculture for food, and income, but the seafood industry is facing a “dangerous” sustainability divide when comparing trends in the developed world versus those in poorer regions, the Food and Agriculture Organization (FAO) revealed on Monday. More

International Day of Biodiversity May 22, 2019

The Food Bank initiative which is designed to assist communities prepare for and recover from disasters, was handed over to the Naviti communities in the Yasawa group of islands in a handover ceremony that was held yesterday in Kese village.

As the name suggests, the Food Bank is the combination of two approaches; food as a basic need for communities to survive on and the bank concept of pooling savings as deposits to prepare for a rainy day.

The initiative was introduced and trialed in Soso and Kese villages by Vinaka Fiji Trust, the charity arm of South Sea Cruises in 2014.

“In the context of the Food Bank initiative in Kese and Soso villages, the approach allows the community members to save or store food crops in preparation for any impending disaster whether it be cyclones or prolonged dry spells”, said Ms. Elenoa Nimacere, Manager Vinaka Fiji Trust.

“Should a disaster pass over without affecting them, the food saved or grown as a result of the food bank is then sold to nearby hotels or markets and the money is deposited in a savings account to then be used for disaster preparedness or recovery.”

Following the interest from the communities and their desire to further develop the food bank, the initiative was then supported by the Australian Government’s Department of Foreign Affairs and Trade (DFAT) through its Pacific Risk Resilience Programme, implemented by the United Nations Development Programme (UNDP) and Live and Learn Environmental Education (LLEE).

END_OF_DOCUMENT_TOKEN_TO_BE_REPLACED

This year’s annual State of Food Insecurity in the World report takes stock of progress made towards achieving the internationally established Millennium Development Goal (MDG1) and World Food Summit hunger targets and reflects on what needs to be done, as we transition to the new post-2015 Sustainable Development Agenda. The report reviews progress made since 1990 for every country and region as well as for the world as a whole. END_OF_DOCUMENT_TOKEN_TO_BE_REPLACED

A report on agricultural commodity prices released today by the United Nations agricultural agency says that hefty supply levels mean rates will continue to decline despite pressure from a slight reduction in global harvests. “The world food import bill is forecast to reach a five-year low in 2015,” says Food Outlook, a biannual publication by the UN Food and Agriculture Organization (FAO) focusing on developments affecting global food and feed markets. “Currency movements and macroeconomic developments may have important implications for markets again in 2015-16.” END_OF_DOCUMENT_TOKEN_TO_BE_REPLACED 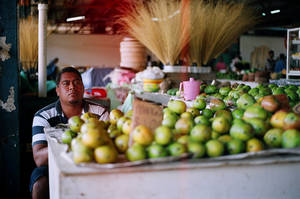 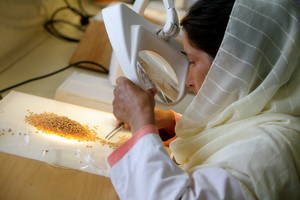 A new FAO publication is aimed at improving conservation of food crops, many of which are crucial to the world’s food and nutrition security. The publication, Genebank Standards for Plant Genetic Resources for Food and Agriculture, outlines voluntary, international standards for the many repositories – or genebanks – around the world that store seeds and other materials used to reproduce plants, as well as living plants in the field. END_OF_DOCUMENT_TOKEN_TO_BE_REPLACED