The study, titled Pacific Multi-Country Mapping and Behavioural Study: HIV and STI Risk Vulnerability among Key Populations, examined the behaviour risk factors and social and structural determinants of risk that drive the epidemic among vulnerable groups, such as men who have sex with men, transgender people, sex workers and seafarers.

The 2016 High-Level Meeting on Ending AIDS will take place from 8 to 10 June at UN Headquarters in New York. It will focus the world’s attention on the importance of accelerating the response to HIV over the next five years to set the world on course to end the AIDS epidemic by 2030, as part of the Sustainable Development Goals.

The UN Secretary-General will present his report (published in April) on progress made.

More information about the SDGs, and Goal 3 (Good Health and Well-Being)

Urbanization is changing the way we live and work and how we approach problems and think about the future. Already the majority of the world’s population lives in urban areas, and by 2050 it is projected that seven in 10 people will live in cities and municipalities. END_OF_DOCUMENT_TOKEN_TO_BE_REPLACED

Two new agreements reached in the Pacific by the UN Development Programme (UNDP) and the Global Fund to Fight AIDS, Tuberculosis and Malaria (Global Fund) are set to provide a major boost in the fight against the three diseases in the region. The two grants, totalling US$17 million, have been awarded to UNDP as interim Principal Recipient of the Global Fund grant for the next two and a half years, starting 1 July 2015. END_OF_DOCUMENT_TOKEN_TO_BE_REPLACED

The AIDS targets of MDG 6 – halting and reversing the spread of HIV – have been achieved and exceeded, according to a new report released today by the Joint United Nations Programme on HIV/AIDS (UNAIDS). New HIV infections have fallen by 35% and AIDS-related deaths by 41%. The global response to HIV has averted 30 million new HIV infections and nearly 8 million (7.8 million) AIDS-related deaths since 2000, when the MDGs were set. END_OF_DOCUMENT_TOKEN_TO_BE_REPLACED

Drug use prevalence continues to be stable around the world, according to the 2015 World Drug Report of the United Nations Office on Drugs and Crime (UNODC). It is estimated that a total of 246 million people – slightly over 5 per cent of those aged 15 to 64 years worldwide – used an illicit drug in 2013. Some 27 million people are problem drug users, almost half of whom are people who inject drugs (PWID). An estimated 1.65 million of people who inject drugs were living with HIV in 2013. Men are three times more likely than women to use cannabis, cocaine and amphetamines, while women are END_OF_DOCUMENT_TOKEN_TO_BE_REPLACED 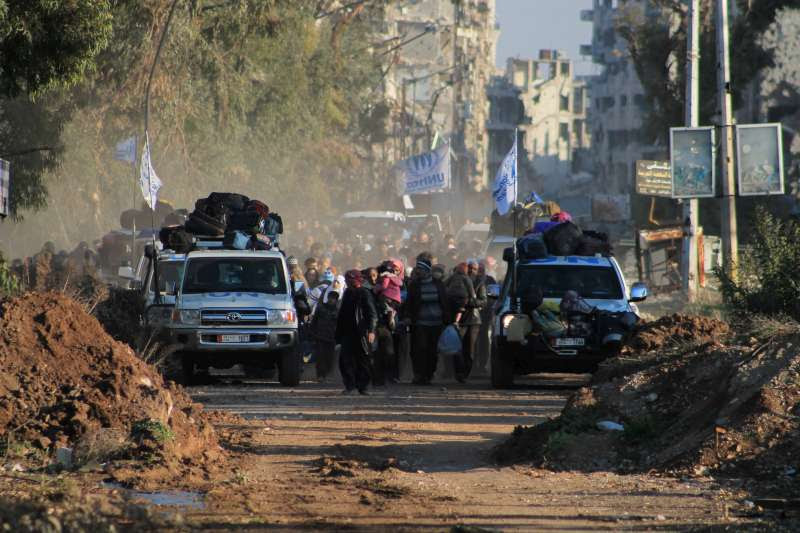 This overview looks at UNHCR’s efforts to improve the quality of its programmes in the following technical sectors: data and information management; shelter; education; public health; reproductive health and HIV; nutrition and food security; water, sanitation and hygiene (WASH); information management; livelihoods; and the environment.

END_OF_DOCUMENT_TOKEN_TO_BE_REPLACED

Many of the policies and approaches used to reduce new HIV infections in Asia and the Pacific could be effective in stemming the growing threat of diseases like cancer, heart disease, diabetes and other emerging development issues, says a new UN Development Programme (UNDP) report. END_OF_DOCUMENT_TOKEN_TO_BE_REPLACED