DILI/GENEVA (16 April 2019) – The UN Special Rapporteur on the rights of indigenous peoples, Victoria Tauli-Corpuz, says Timor-Leste’s drive to promote indigenous customary practices has contributed to the progress in building the nation since the restoration of independence less than 20 years ago.

“I am impressed by the pride the Timorese take in their cultural heritage and how indigenous practices have translated into important gains in environmental protection and biodiversity,” she said. “These can serve as inspiring examples for other countries.”

For most Timorese, customary practices are an integral part of everyday life and play a central role in resolving disputes between individuals and communities, such as land disputes, conflict between communities and natural resources management. These practices focus on maintaining community and environmental harmony, in contrast to the formal justice system, which is perpetrator focused.

“Ensuring justice for all is a key objective of Sustainable Development Goal 16 and Timor-Leste could provide important lessons for other countries,” Tauli-Corpuz said.

END_OF_DOCUMENT_TOKEN_TO_BE_REPLACED

This weekend the people of Timor-Leste go to the polls to cast their vote for the Eighth Constitutional Government in the 12 May parliamentary election. Over 784,000 people across the country’s 13 municipalities are eligible to vote and will be able to choose from a total of eight political parties and coalitions. More

Remarks at Signing Ceremony
of a New Maritime Boundary Agreement
between Australia and Timor-Leste
New York, 6 March 2018
[as delivered]

Allow me, first of all, to say that this is a particularly important day for me. One of my most important motivations in my political career in the past was the self-determination of the people of East Timor. And it was with an enormous joy that I was present the day East Timor became an independent country. To see this ceremony is like the complement of that day, and to be here today is an enormous privilege and fills my heart with joy.

This ceremony demonstrates the strength of international law and the effectiveness of resolving disputes through peaceful means. A central element in the Charter of the United Nations, the peaceful settlement of disputes is also a cornerstone of the United Nations Convention on the Law of the Sea, to which both Australia and Timor-Leste are parties.

This event is historic as it marks the successful conclusion of the first-ever conciliation proceedings under Annex V to the Convention.

I congratulate both parties and the Conciliation Commission for their constructive engagement and relentless efforts to achieve an outcome that is agreeable to both States.

I also congratulate the Governments of the Commonwealth of Australia and Timor-Leste for the ground-breaking recourse to this conciliation mechanism. In doing so, you have furthered the vision of the drafters of the Convention to provide a flexible approach to the resolution of disputes.

I trust that your example will inspire other States to consider conciliation as a viable alternative for dispute settlement under the Convention.

The Agreement being signed today is a further contribution to establishing legal certainty in the world’s oceans, an essential condition for stable relations, peace and security, and the achievement of sustainable development.

By delimiting the maritime boundary between Australia and Timor-Leste in the Timor Sea, and by establishing a special regime for the area comprising the Greater Sunrise gas field, this Agreement puts Australia and Timor-Leste in a better position to exercise their respective rights and obligations under the Convention in an effective manner. It should also ensure that both States fully benefit from the sustainable exploitation of natural resources in the Timor Sea.

I again salute the vision and determination of Australia and Timor-Leste in making this Agreement possible. I hope that its successful implementation will inspire other States to follow in your footsteps.

Sincere congratulations and thank you very much.

Timor-Leste has approved a National Action Plan for Women, Peace and Security for 2016-2020, becoming the third country in Southeast Asia to adopt such a plan based on a UN Security Council Resolution. END_OF_DOCUMENT_TOKEN_TO_BE_REPLACED

Imagine for a moment that you are stepping onto a plane. The flight attendant takes your ticket and guides you to your seat where you buckle your seatbelt and settle in. After the safety demonstration, you hear the female voice of your pilot as she announces that the plane is about to take off. According to the International Society of Women Airline Pilots in 2015, women account for only 32 per cent of the world’s pilots, making it unlikely to hear a female voice announcing that they will be flying you to your next destination. END_OF_DOCUMENT_TOKEN_TO_BE_REPLACED

The Government of Timor-Leste (GoTL) and the Food and Agriculture Organization of the United Nations (FAO) are revising the National Forest Policy and Community Forestry Policy in an effort to promote sustainable forest management for the benefit of local people, it was announced today. END_OF_DOCUMENT_TOKEN_TO_BE_REPLACED

On the 8th of June 2015, the General Directorate of Statistics (GDS), in association with the Government of Timor-Leste and the Ministry of Finance, with support from UNFPA and UN Women, launched the National Census of Population and Housing Timor-Leste Campaign at Government Palace, Dili. The campaign aims to distribute information concerning the Nation’s third census since the restoration of independence in 2002, which is due to begin on the 11th of July 2015. END_OF_DOCUMENT_TOKEN_TO_BE_REPLACED

The mission for an end to hunger in the world’s most populous region has received a boost, with FAO member countries responding positively to a call by the Organization’s Director-General José Graziano da Silva for a “massive effort” to end hunger in Asia and the Pacific. END_OF_DOCUMENT_TOKEN_TO_BE_REPLACED 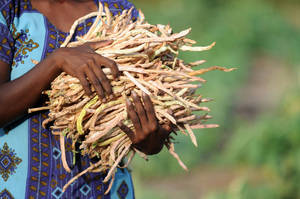 Governments in Asia and the Pacific should take some major, fundamental decisions – and soon – about ways to increase their food production and address undernourishment, FAO has warned.

END_OF_DOCUMENT_TOKEN_TO_BE_REPLACED

The ICJ hearings in the case Timor-Leste v. Australia which started on Monday have come to a conclusion. hese hearings were devoted to a request for the indication of provisional measures (read: Timor requested the Court to make an urgent decision to force Australia to give certain confidential documents back to Timor) submitted by Timor-Leste. The Court will now start its Deliberation process. The date of the delivery of the Court’s Order will be announced by the ICJ in due course.  END_OF_DOCUMENT_TOKEN_TO_BE_REPLACED